As international student populations continue to climb in Canada, there is a heavy impetus for the lived experiences of international students to be examined in order to better inform the infrastructure meant to support them throughout their journey in Canada. International students arrive from various locations with various experiences and multiple stakeholders are tasked with supporting their transition to Canada. These stakeholders are typically identified as educational institutions and relevant governmental bodies; however, researchers have identified the roles of far wider networks including employers, community organizations, healthcare workers, social welfare groups, and many more.

This study is informed by the following research questions:

A comprehensive literature review was conducted to examine current research pertaining to the lived experiences of international postsecondary students in Canada. While academic literature comprises the bulk of the literature review, governmental, or ‘grey,’ literature was also reviewed to supplement key statistics not found in the academic literature concerning Peel. To ensure relevancy and reflection of major policy changes, literature dated before 2010 was not considered. Two gaps in the existing literature influenced the themes emerging in this report. First, there is very limited literature that examines international students’ experiences in the private sector (private colleges and public-private partnerships). Second, there are less than a handful of studies that focus on the Peel context. To address this and to ensure that this report captures the Brampton/Peel-specific experiences, popular sources such as news stories and meeting minutes were included in subsections within the review. A total of 83 relevant sources were reviewed and thematically organized into categories following the journey of international students: pre-arrival; experiences during postsecondary education; and transition into the labour market.

The Centre for Global Education and Internationalization (CGEI)

© The Centre for Global Education and Internationalization (CGEI), Sheridan College 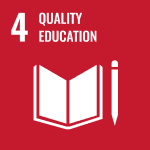 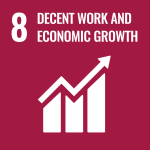