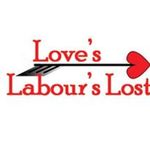 When the King of Navarre and his three noble companions resolve to take an oath to foreswear the company of women in order to devote themselves entirely to three years of study, Berowne, the most skeptical of them, reminds the King of the immanent arrival of the Princess of France and her three ladies-in-waiting. Unperturbed, the King insists that the ladies will set up their camp in the field outside of his court. But when the alluring young ladies arrive, the inevitable happens and a host of comic complications ensue. This Shakespearean comic gem unabashedly pokes fun at the earnest delusions of academe.