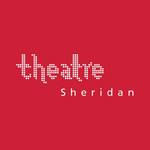 It is a tried-and-true tale of the lowly chorus girl who becomes an overnight sensation in the production “42nd Street”. Peggy Sawyer, the chorus girl, obtains a dancing part in a chorus of a new show entitled “Pretty Lady”. This new show is bound for Broadway, and as it does Sawyer runs head-on with the new leading lady, Dorothy Brock.

Prepared to perform in Atlantic City, word arrives that the show has been cancelled and that Philadelphia has been substituted. Tempers now flare. The company packs up for the Arch Street Theatre. What is to become of the next opening night is unpredictable.