High frame rate (HFR) movie-making refers to the capture and projection of movies at frame rates several times higher than the traditional 24 frames per second. This higher frame rate theoretically improves the quality of motion portrayed in movies, and helps avoid motion blur, judder and other undesirable artefacts. However, there is considerable debate in the cinema industry regarding the acceptance of HFR content given anecdotal reports of hyper-realistic imagery that reveals too much set and costume detail. Despite the potential theoretical advantages, there has been little empirical investigation of the impact of high-frame rate techniques on the viewer experience. In this study we use stereoscopic 3D content, filmed and projected at multiple frame rates (24, 48 and 60 fps), with shutter angles ranging from 90 degrees to 358 degrees, to evaluate viewer preferences. In a paired-comparison paradigm we assessed preferences along a set of five attributes (realism, motion smoothness, blur/clarity, quality of depth and overall preference). The resulting data show a clear preference for higher frame rates, particularly when contrasting 24 fps with 48 or 60 fps. We found little impact of shutter angle on viewers’ choices, with the exception of one measure (motion smoothness) for one clip type. These data are the first empirical evidence of the advantages afforded by high frame rate capture and presentation in a cinema context.

The included article is the accepted, peer-reviewed version prepared by the authors. The reference below with the DOI pointer is to the Definitive Version of Record in the ACM Digital Library. 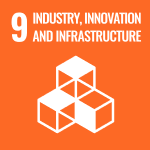