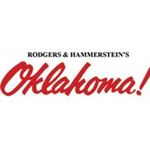 This masterful first collaboration between Broadway luminaries Richard Rodgers and Oscar Hammerstein II, is considered the forerunner of Broadway’s Golden Age and with very good reason! Its sensational score is filled with songs that have become popular standards. Its simple character-based story about Laurey Williams’ dilemma choosing who will accompany her to the box social – the braggart cowboy Curly McLain or the compulsive farmhand Jud Fry – still compels contemporary audiences with its wholesome down-home feel-good humour. Set in 1906, against the backdrop of Indian Territory emerging as the state of Oklahoma, this glorious musical will inevitably have theatre goers singing all the way home from the theatre!

Based on the 1931 play Green Grow the Lilacs by Lynn Riggs. Music by Richard Rodgers. Lyrics & book by Oscar Hammerstein II.